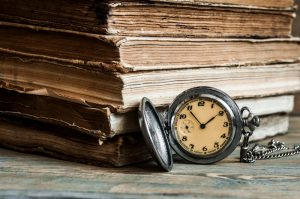 As the railroad industry began to take flight, the latter part of the nineteenth century led to the widespread popularity and use of pocket watches. In fact, the pocket watches produced by companies like Waltham and Elgin were so precise, they made the conductors on-board systems look rudimentary. Some trains even used the pocket watches and soon these timepieces became a standard for the industry. They were so popular amongst conductors, that the term “railroad” and “conductor” watches were coined.

Most pocket watches, especially vintage ones have a lineage and history to them that makes them rare in my opinion. For these watches have been the flies on the wall of many generations of men and are built with such precision and craftsmanship that they continue to work flawlessly centuries later.